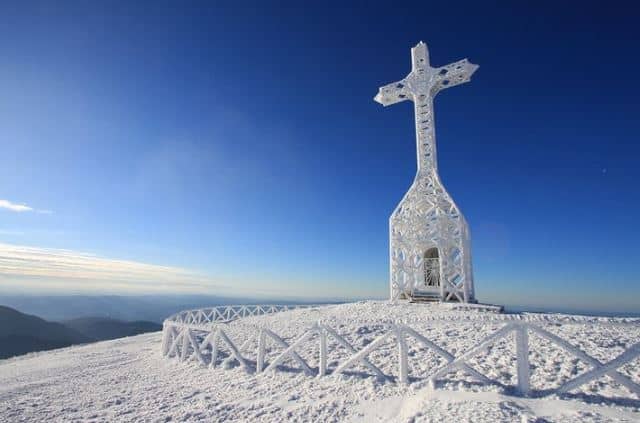 Pratomagno is located in a mountainous territory in the spectacular landscape of the eastern part of Tuscany, bordering the Apennine ridge in between Casentino and the upper Valdarno.

While the southwest facing rugged landscape of Valdarnese Pratomagno has no prominent geological characteristics in its own right, the footpaths that are strewn throughout the area lead intrepid visitors into a treasure trove of natural wonders. Those who tread the paths will not cease to be spellbound by the majestic dikes and streams that flow down the steep hillside into the river Arno. In their long history, these water features, in combination with wind and snow, have impressed numerous valleys and ridges into the face of the Pratomagno, leaving behind a landscape that hypnotizes. The mountain itself, which was believed to have been under the sea approximately five million years ago, was named after the plentiful grassland of the ridge (‘Pratomagno,’ ‘prato’ = grassy area). The ridge impressively reaches an average altitude of 1200 m, 1593 m at its highest point on Mount Pianellaccio and 1590 m on the neighboring mountain Croce di Pratomagno. The geological surface of the rock consists of sandstone, silt, and clay, and the area has its own microclimate in which varied plant species ranging from woodland shrubs to rich Mediterranean vegetation dot the landscape.

One town of the Valdarno Superiore that is certainly worth a visit is that of Loro Ciuffenna, which is located on the southern ridge of Pratomagno. It is a very distinct town, the history of which can be traced back to 939. At one point the town belonged to the fiefdom of the Guidi noble family; however, it later fell under the rule of Florence. It is an inherently medieval town in which the stunning single-arched Romanesque bridge and the water mill that originally ground the town’s wheat and grains are perfectly preserved.

An additional feature that regularly captures the interest of visitors to the area is the tower gate, one of the two original entrances through which the castle was accessed. It was restored in the 1800s and is now a clock tower. Those who venture to the town’s highest point will be captivated by the Church of Santa Maria Assunta, which was once the chapel of the town’s medieval castle. In the latter part of the 14th century, the church was enlarged and integrated into the town’s ancient city walls, which, according to an etching above the architrave of the entry, were constructed in 1333.

The treasures that are housed inside the church are as enchanting as the architecture. The works that are specifically worth seeking out include the “Vista di S. Elisabetta” and “Santo Martire,” which have been attributed to Mariotto di Cristofano, a native resident of San Giovanni Valdarno, and a 16th-century work entitled “Annunciazione,” which was created by Carlo Portelli. Another site of interest is the Santuario di Nostra Signora dell’ Umilita, which is located along the road between Loro Ciuffenna and Gropina. This early 17th-century building houses a fresco from the 15th century, “Nativita di Maria,” which depicts the Madonna with baby, San Pietro, and San Giovanni Battista and was believed to have been painted by Matteo Rosselli. Visitors can also have the honor of viewing a 17th-century cloth depicting “San Carlo Borromeo in adorazione del Crocifisso,” which is attributed to Agostino Ciampelli.

Read About The Chianina